Editor (for publishing as a My Words / Guest Commentary - as recommended by your news person):

The Richmond Police Officer's rapidly fired shooting death of Richard "Pedie" Perez was unwarranted. And the Officer-absolving findings by the RPD and District Attorney's Office also was wrong! I know because I personally investigated the matters for the Victim's family.

I personally closely examined and photographed Perez's deceased body, finding that he had more gunshot bullet entry wounds than the three that the Police claimed. In my opinion Perez was not in violation of Penal Code Section 647f - Public Intoxication (as corroborated by the surveillance video tapes). Perez was also not "swaying from side to side" as Police claim. Perez obviously was able to hold his liquor, as many others have been found to be capable of. The agencies' use of DUI levels regarding Perez was also disingenuous and misleading, also since Perez was not driving or in a car!

I also interviewed Eye Witnesses who personally witnessed the events, and reviewed the store's surveillance footage of the events, including Perez's and the responsible Officer's actions. I overall determined that the Officer didn't have to use deadly force when he instead had readily available non-lethal alternatives at hand.

As in the Oscar Grant shooting death case, which I also personally investigated, the Officers' actions in these and other similar cases have further increasingly endangered other uninvolved Officers' lives, performances, and community support (as evidenced, unfortunately, by the on-going and continuing attacks and deaths nationwide of even uninvolved Officers)! I've been alerting and warning Law Enforcement agencies over the years about such possibilities and predicted repercussions. Very recently I again personally alerted a Law Enforcement agency about such concerns and predictions, coincidentally just before the Dallas, Texas, murders of the five innocent Officers. It however seems to have fallen on deaf ears, with more uninvolved Officers who will suffer the public repercussions. What Law Enforcement and their agencies, it seems, refuse to acknowledge is that the public is no longer going to tolerate Police misconduct and unwarranted deaths at the hands of the few out-of-control Police Officers, or believe their defenders' pat excuses or suspected cover-ups!

One obvious option to correct it is to no longer have either the involved Officers' agency personnel and local District Attorney's Office investigate these matters - serious injuries and deaths at the hands of Police! There has to be created and activated a special State/Federal body of seasoned Investigators that are unbiased, unconnected, and non-conflicted doing the investigations. Under the current investigation methods used there are firmly existing local Law Enforcement conflicts of interests involved that produce nothing more than a 'white wash' of sorts that overwhelmingly make determinations favoring the Police, and unfairly weigh heavily against the public's interests and real justice!

It's time that they finally admit that they've responded wrongly, have obviously been biased and close-minded in favor of Police, and should now move forward by honestly and fully addressing how to positively try to correct this dangerous and deadly environment they've obviously contributed to. They can continue to hide from it but I again warn that it could cost more citizens' and Officers' lives, and their families, while they remain in their self-protecting denials with their heads buried in the sand! Don't they even care? And the reported intimidation and verbal harassments of the incidents' news Reporters by Police defenders and POAs is also reprehensible!

The Perez shooting death case therefore needs to be freshly, fully, and completely investigated by an unbiased, non-conflicted, and outside unconnected superior investigative agency! I challenge them to do so!

Click here to read the article published by Mercury News. 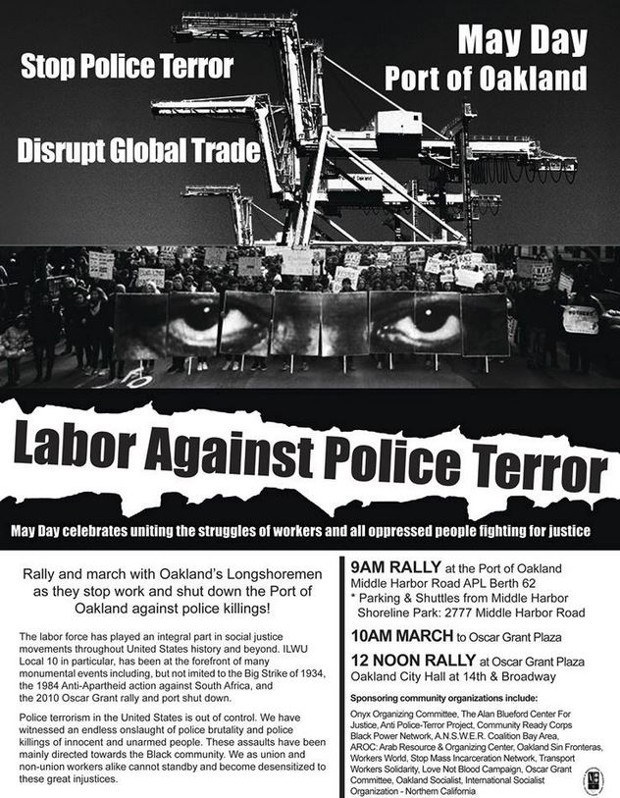 *Poster is not mine

There's more evidence for Pedie's case and you can click the link here and it'll show you. Thank you so much to the Oscar Grant Committee for everything you do for us, we are eternally grateful1 There's also a huge peacefull anti-police brutality protest coming up on MAY 1ST and it'll be at the Port of Oakland at 9:00 AM and anyone is welcome to come! Bring anyone and everyone that you can to help the fight! And supposedly Bernie Sanders will be there in support but, so far, that's just rumors. Please share this post or the info on this post with friends and family and help in our fight! We will never give up on the fight for justice!

These videos were given to us by Kaylah Jones 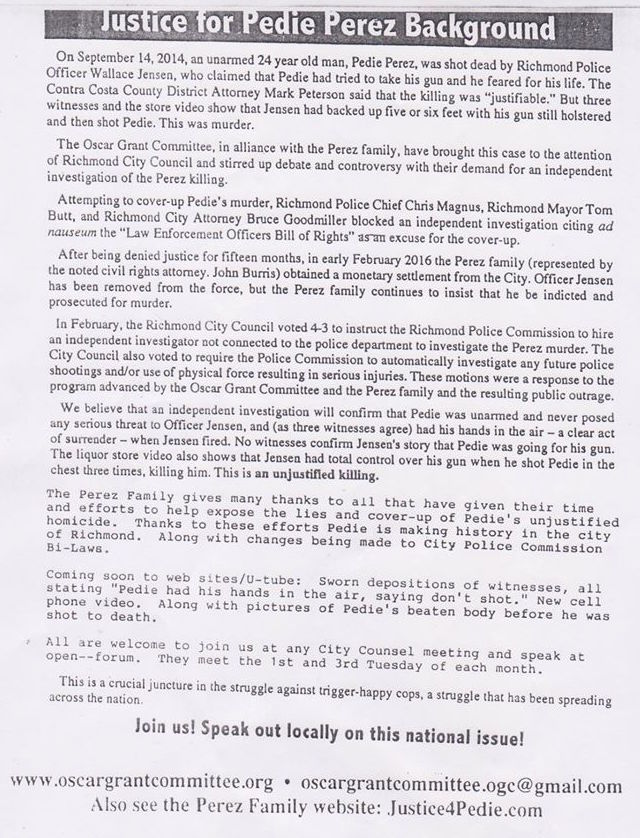 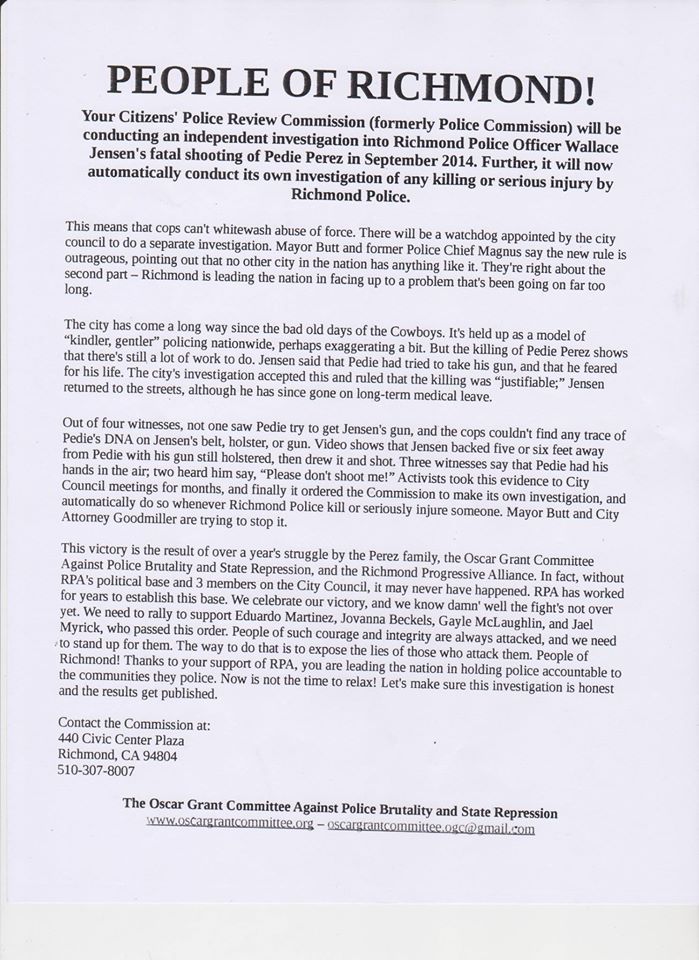 To get to 'item' K-2 first, it has to go through A, B, C, D, E, F, G, - H-1 through H-12, J-1, plus K-1 - to finally get to K-2 "This may be a long meeting", is exactly right, but thanks be to God, it's on the agenda! Prayers for an un-biased, honest investigator who will examine everything in the way of evidence... and that who ever it is, will investigate into the sworn statements of the eye-witnesses, whose statements, the police did NOT use. Prayers that the cover-up of the murder of Pedie Perez will stop and all of the truth will be uncovered.

Justice4Pedie JUSTICE for ALL VICTIMS of POLICE MURDER! 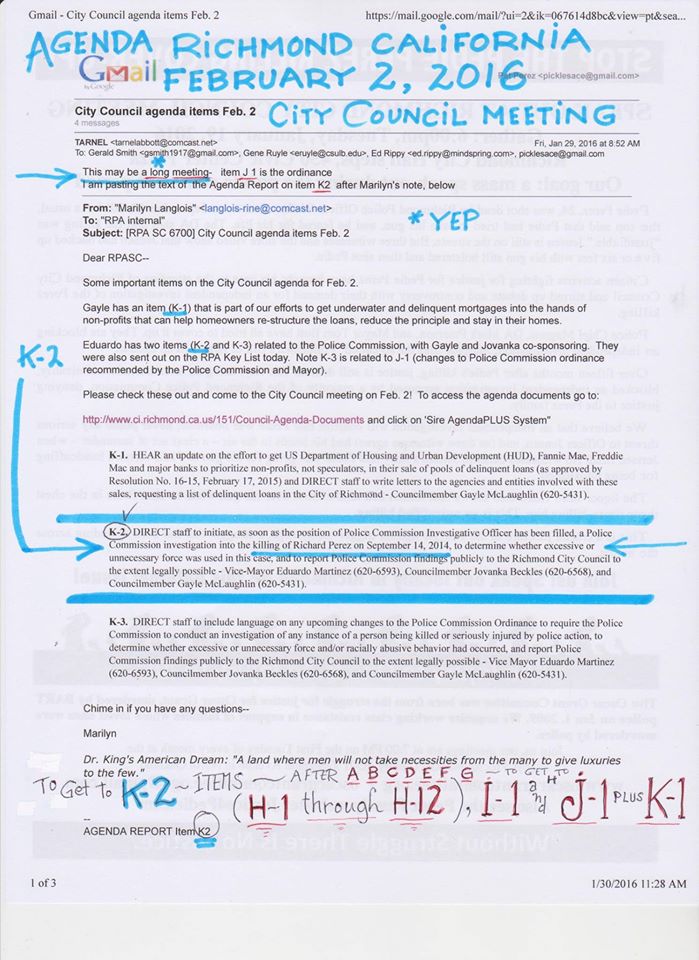 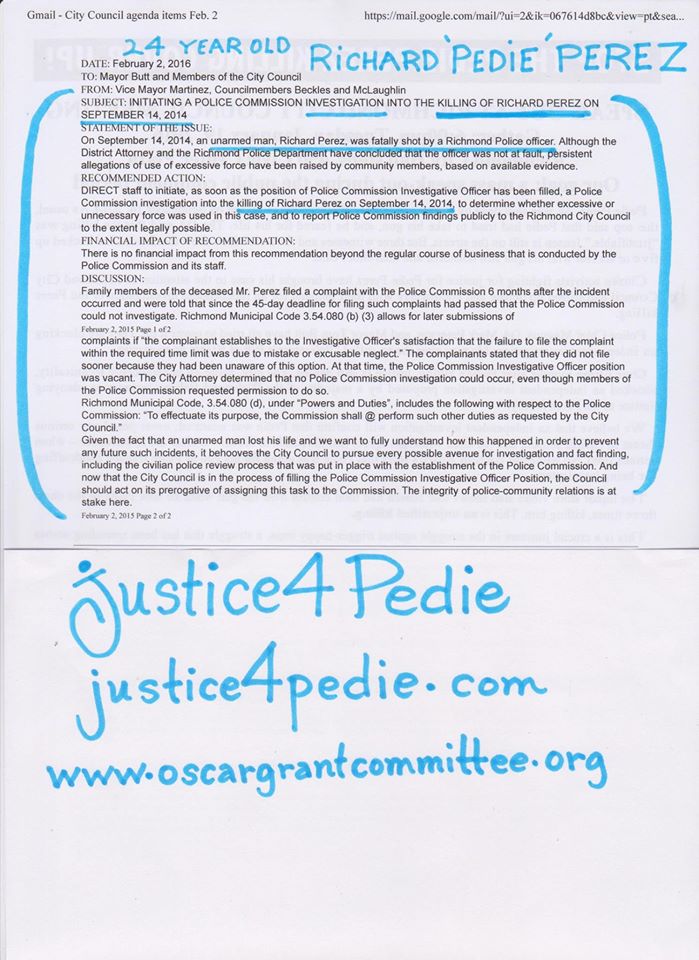 This was to bring attention to the US Attorney General Loretta Lynch that there is the unanswered question about exactly what happened on September 14, 2014 when Pedie Perez was killed in an altercation with a Richmond Police Officer. 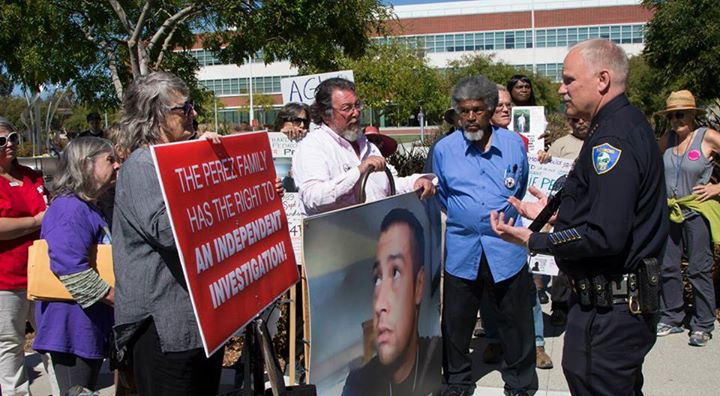 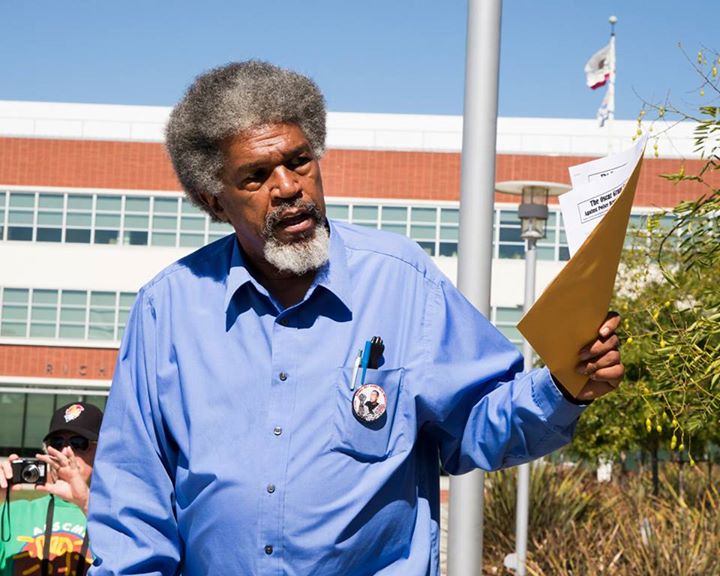 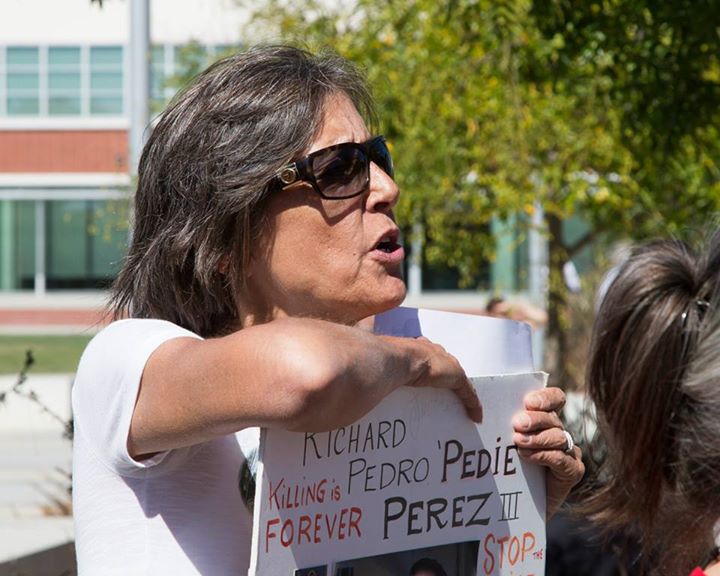 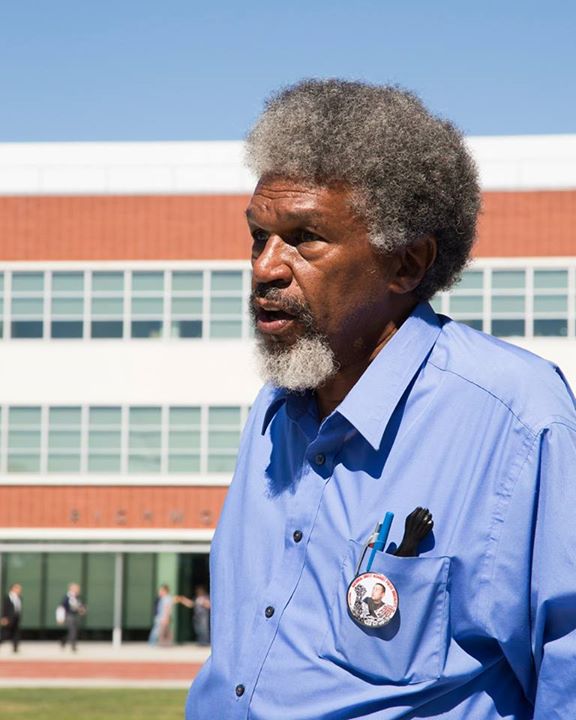 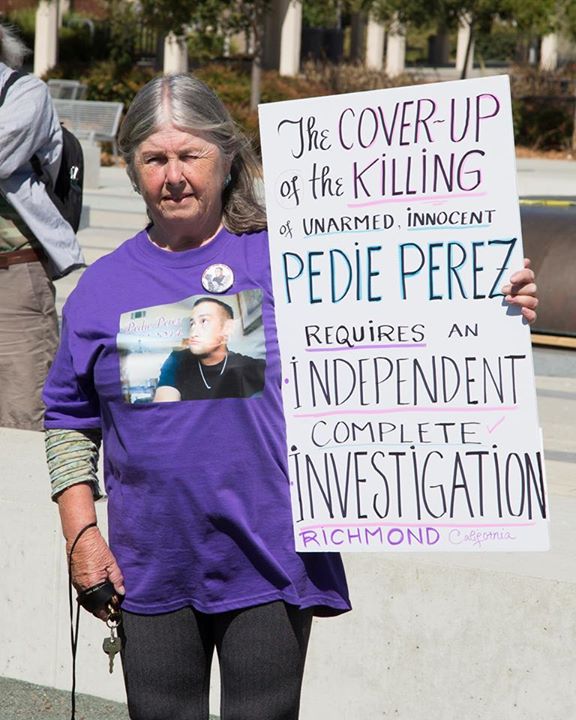 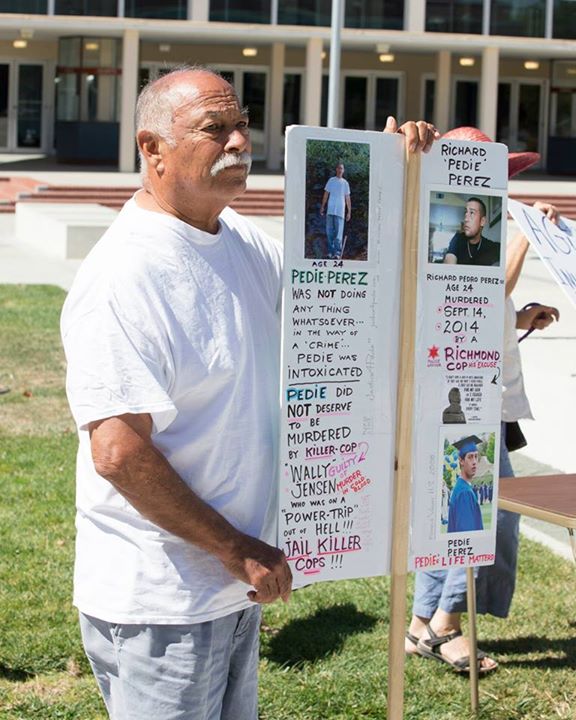